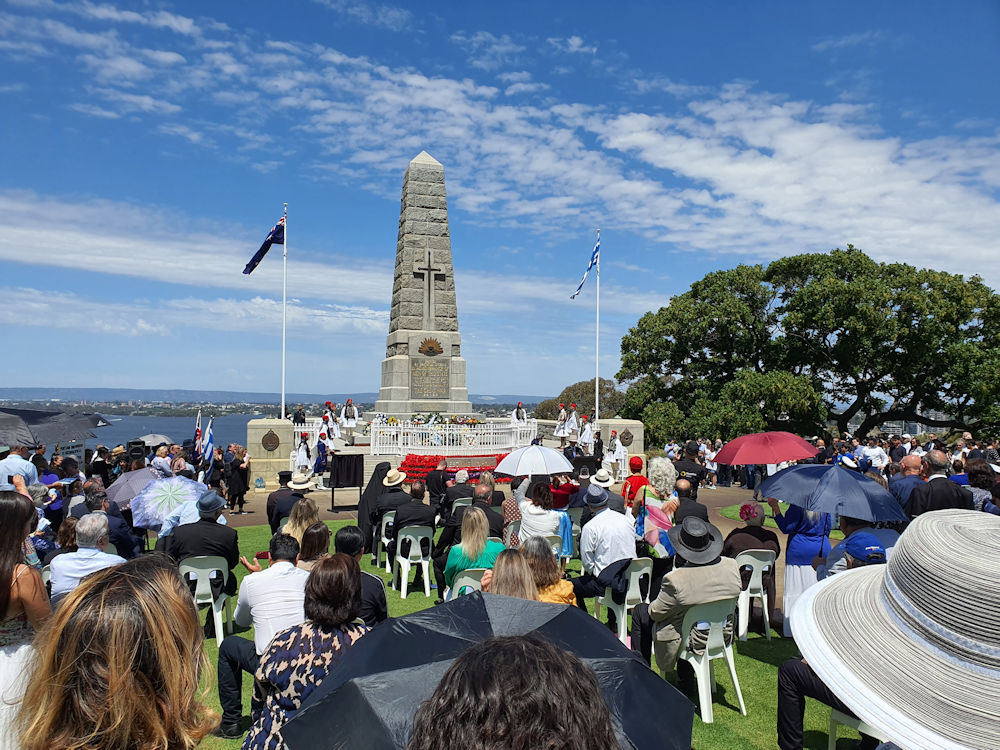 Members of the Greek Community together with the general public were invited to the Oxi Day Celebration in Kings Park on 6 November  2022. The celebration was delayed from its authentic date of October 28 to allow the participation of the outstanding Greek Presidential Guard (also known as Evsones) who were touring Australia.

The event was very successful and was attended by a very large crowd of onlookers.

Special guest was Mr Arthur Leggett who is 104 years old and is a veteran of The Battle of Crete. (Further information about Mr Leggett’s war experiences may be found in the Personal Histories section off this website).

Oxi Day or  ‘Anniversary of the No’ is celebrated throughout Greece, Cyprus and the Greek communities around the world on 28 October each year. Oxi Day commemorates the rejection by Greek prime minister Ioannis Metaxas of the ultimatum made by the Italian dictator Benito Mussolini on 28 October 1940 and the subsequent Hellenic counterattack against the invading Italian forces.

Following the service led by His Grace Bishop Elpidios of Kyanea, Mr Arthur Leggett recited the Ode to everyone’s applause.

The plaque was prepared by our Committee especially for this occasion as a means of lifting the profile of the Committee’s endeavour to install the memorial in Kings Park.  It is intended to incorporate the plaque in the final design of the memorial. 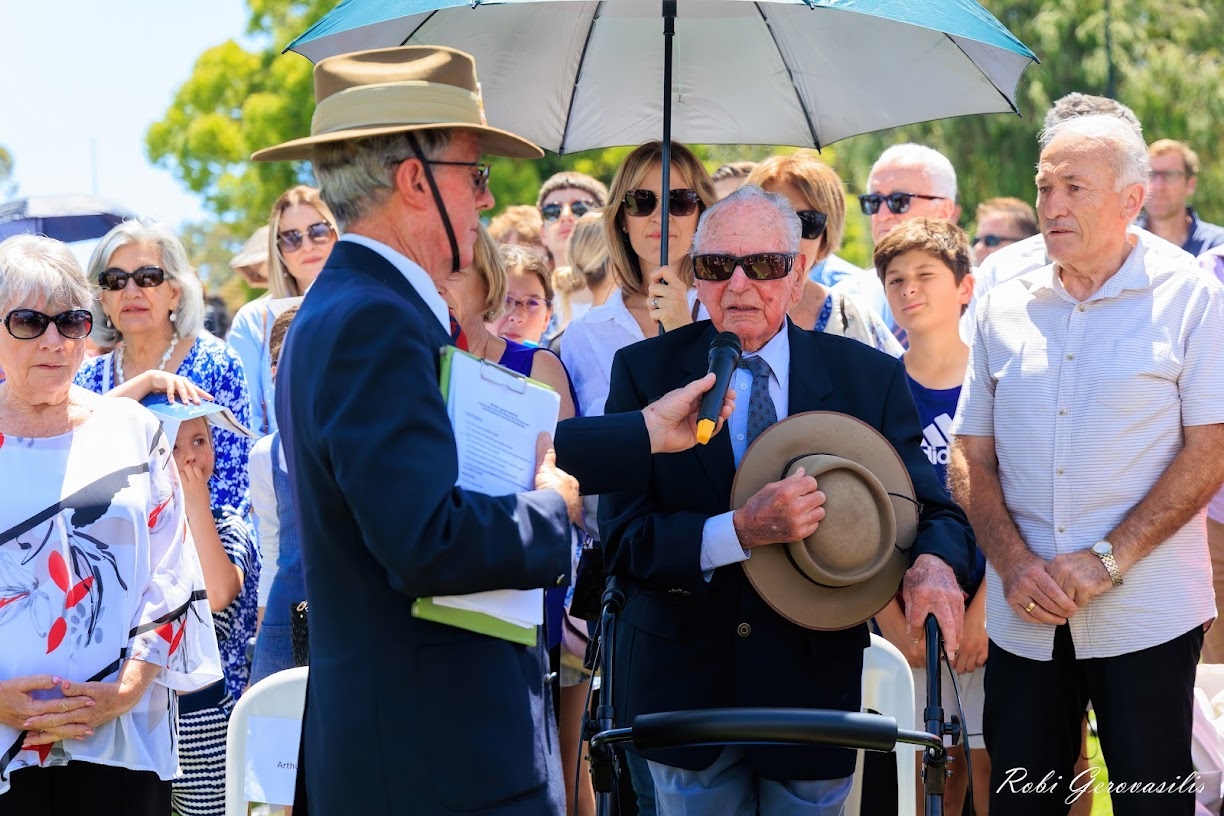 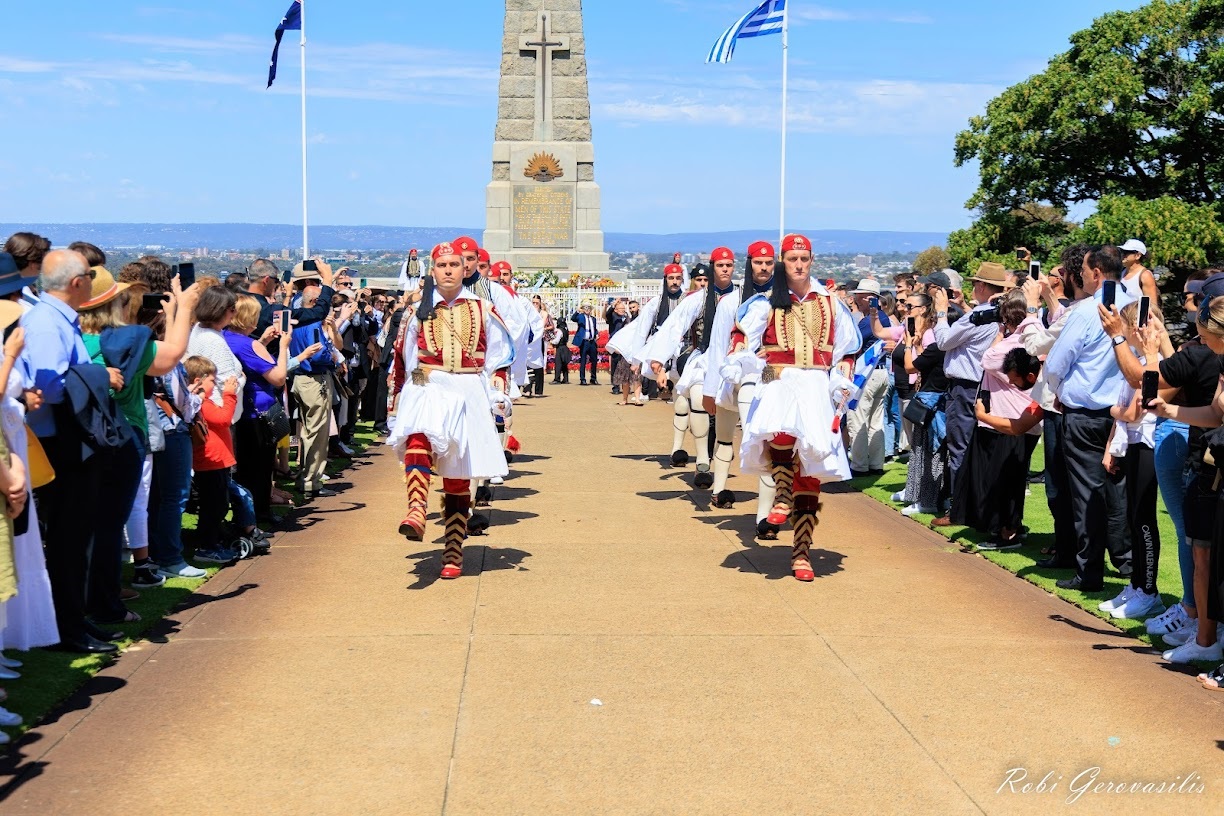 Evzones in action in front of the State War Memorial 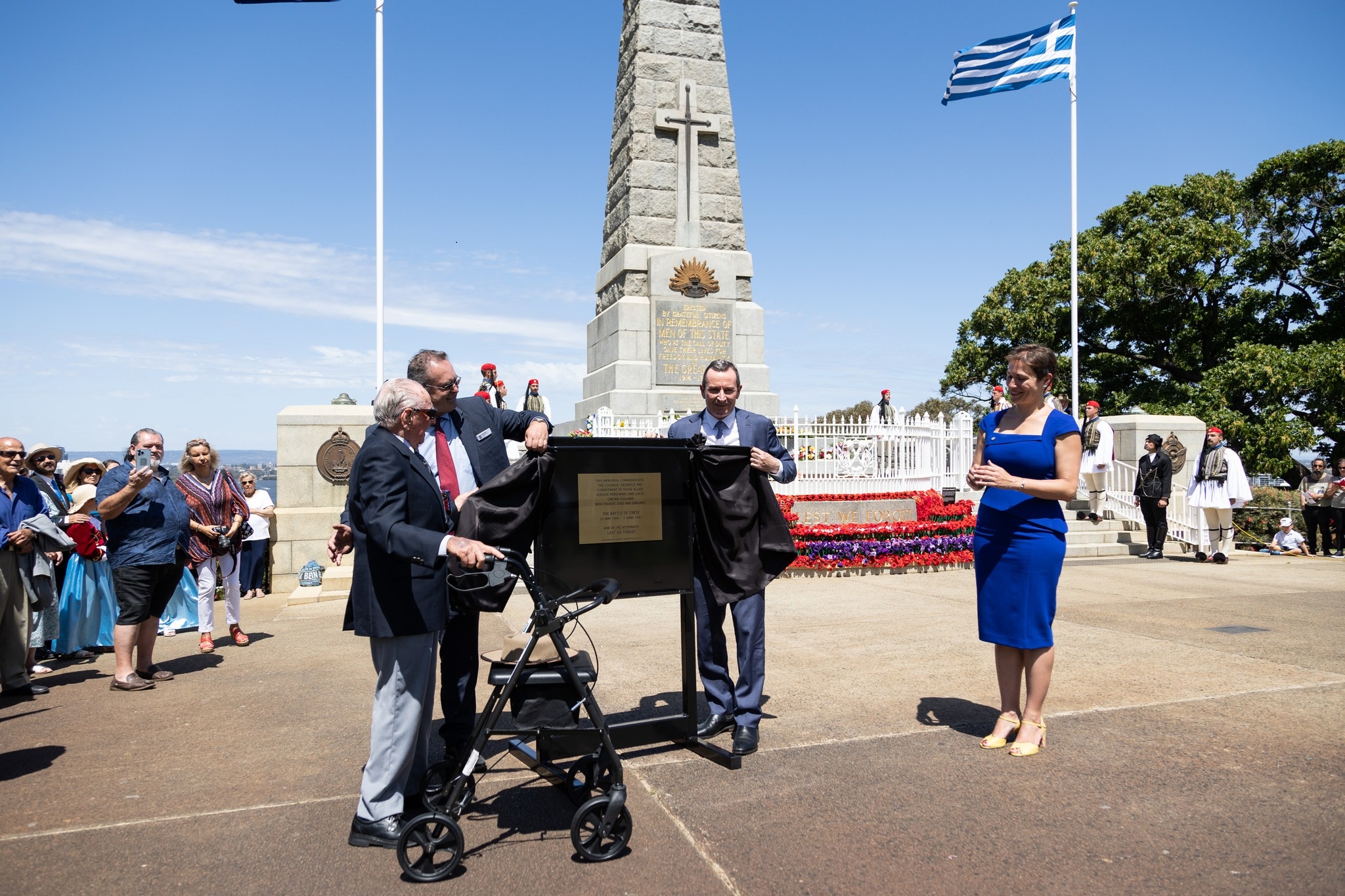 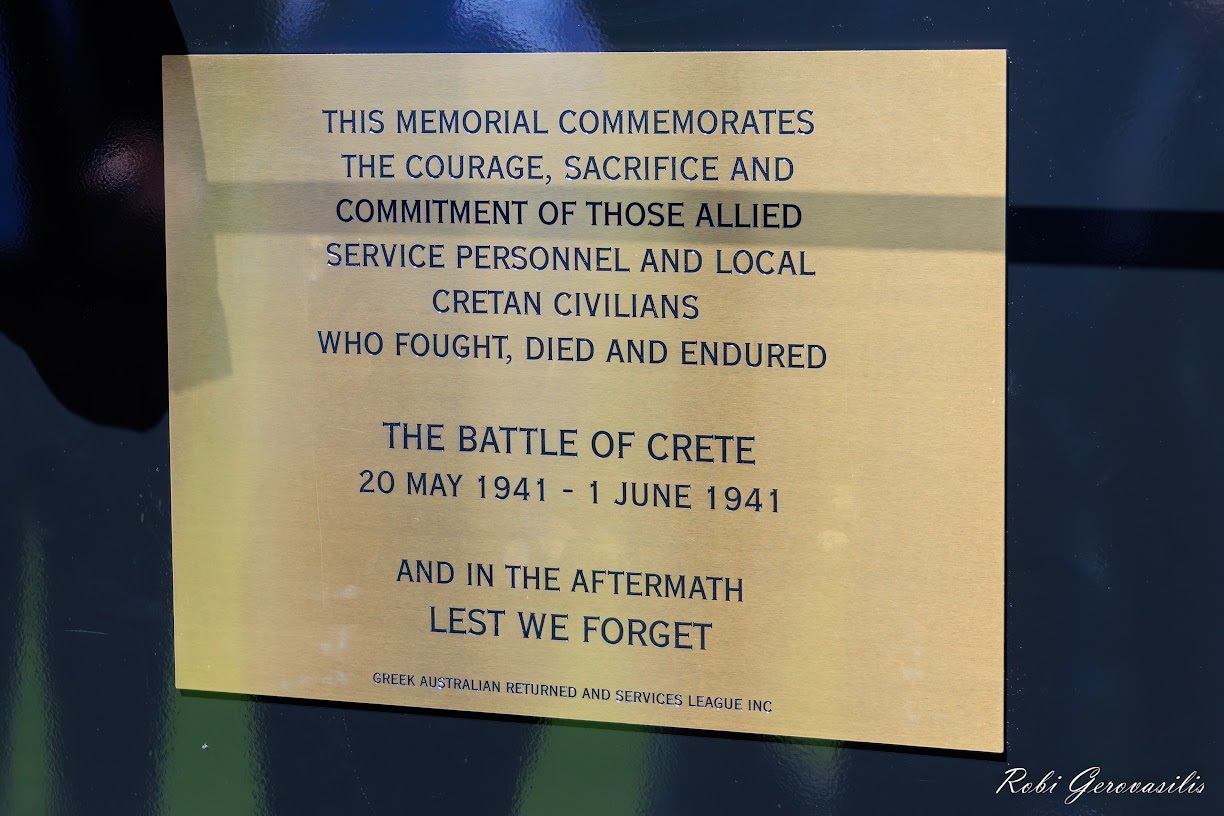