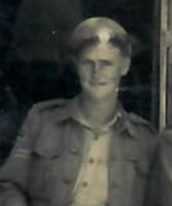 Don Miller was born in Glenferrie Victoria on 22 March 2012 and was enlisted into the 2nd AIF on 27 November 1940.  He joined the 2/1st Machine Gun Battalion at Puckapunyal for training & departed for the UK in May 1940.

His unit embarked for the Middle East in December 1940 and after training in Egypt departed for Greece to defend against the German invasion. His unit was evacuated from Greece to Crete in April 1941 and employed in the defence of RETIMO Airfield.

Along with many Australians he was left behind in the evacuation of Crete and escaped later by Submarine.

He returned to Australia and was employed as a MG instructor and in 1943 was posted to Torres Strait islands.  He was discharged from the AIF in September 1945 and retrained as a Fitter & Turner.  He “soldiered on” despite niggling injuries and finally passed away 18 March 1989. He left behind a loving family of wife, son & two daughters.

His story is written by his son David to whom he narrated much of what is written in his story.

The Committee thanks Don’s family for permission to incorporate Don’s diary and other information on this website.

Don’s story begins whilst on a ship heading for Suda Bay in Crete in April 1941. 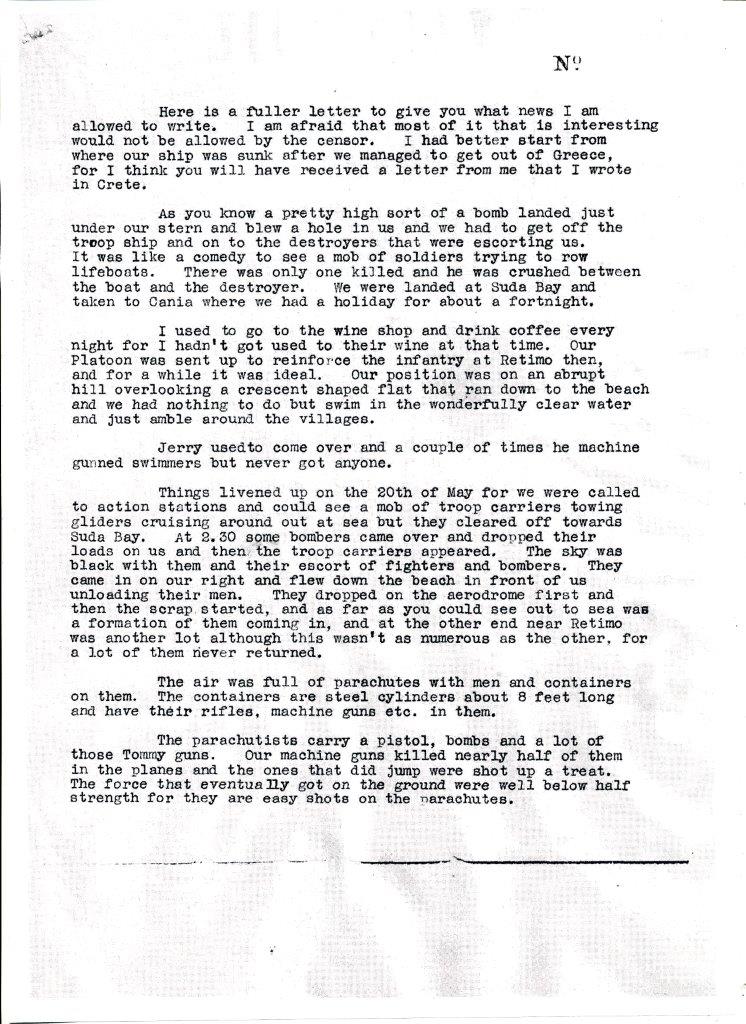 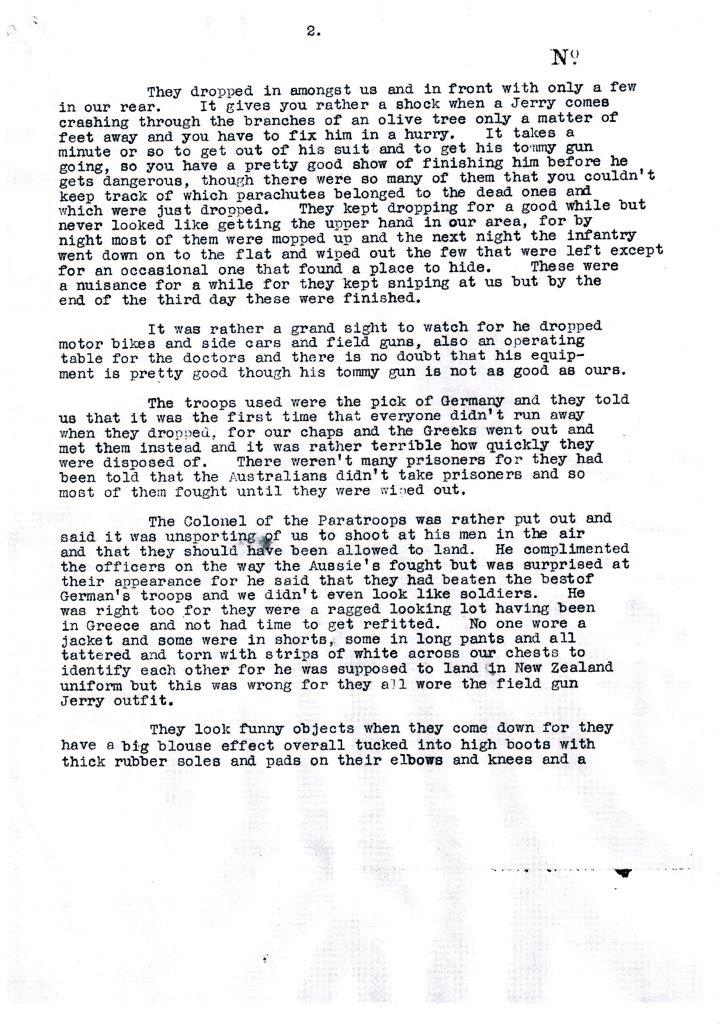 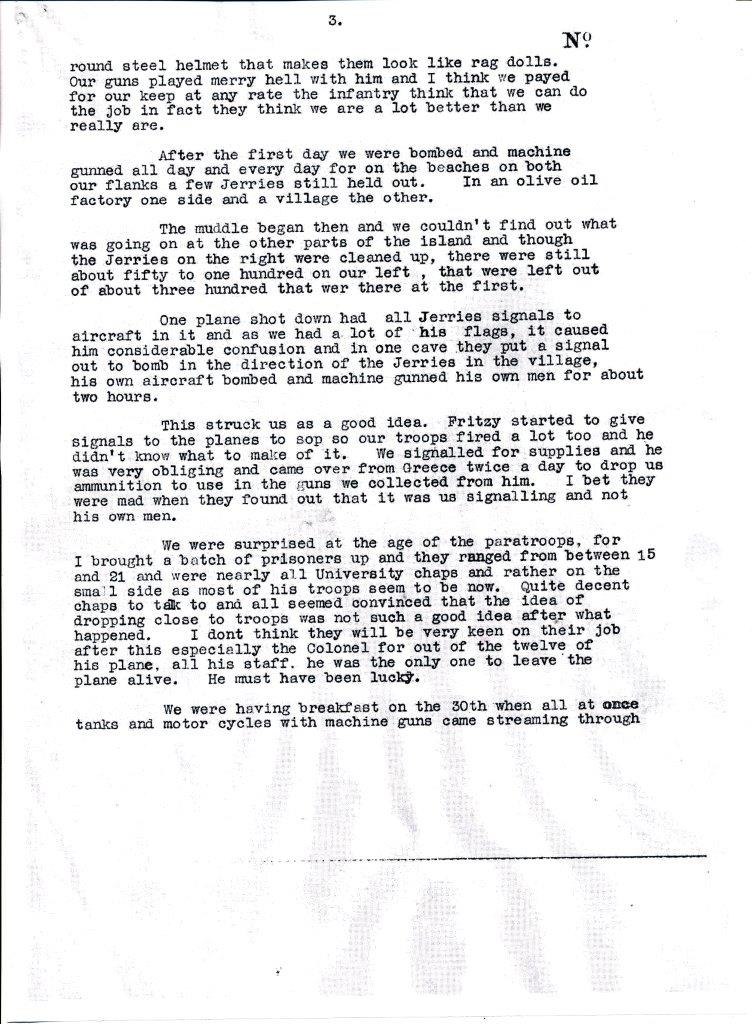 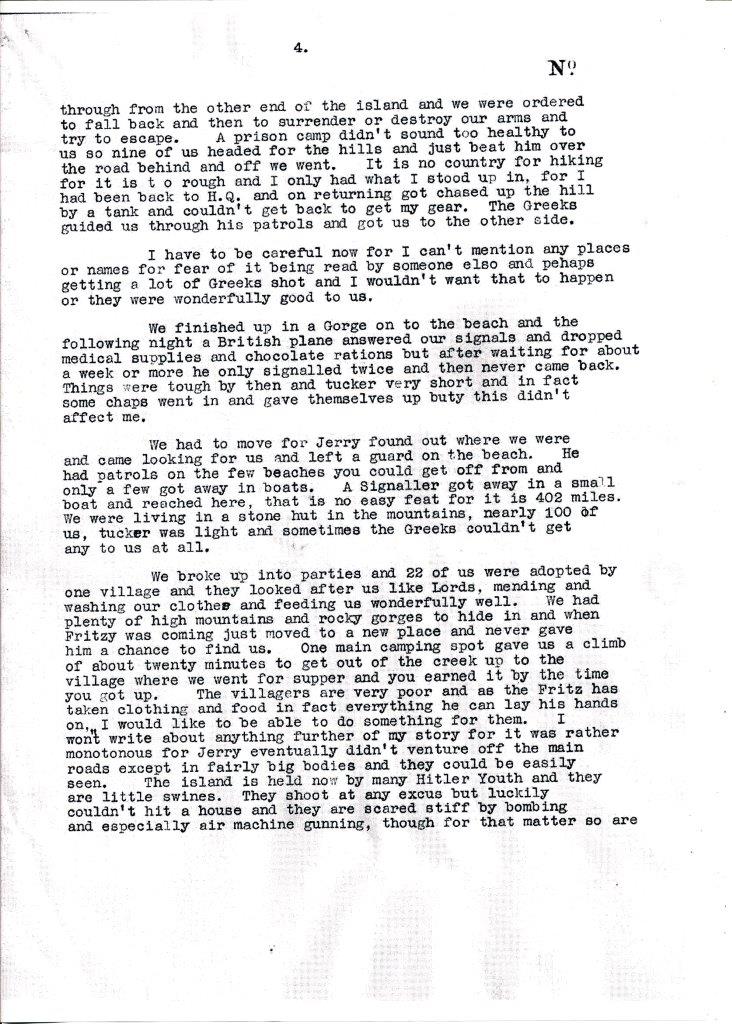 Fortunately this telegram proved to be incorrect!!! 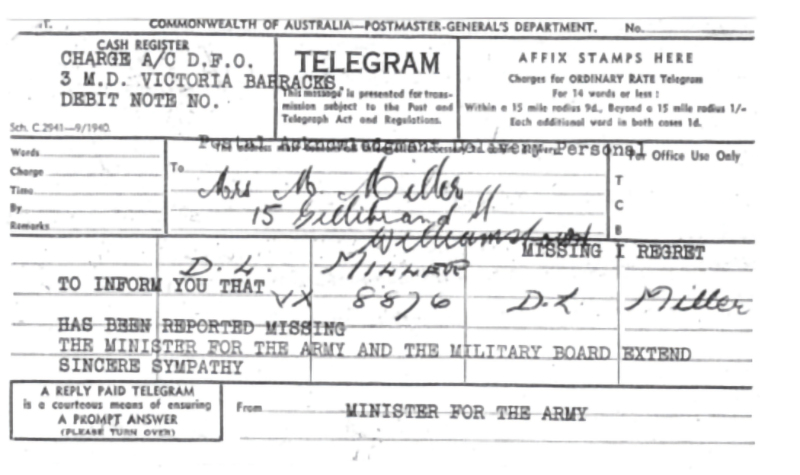