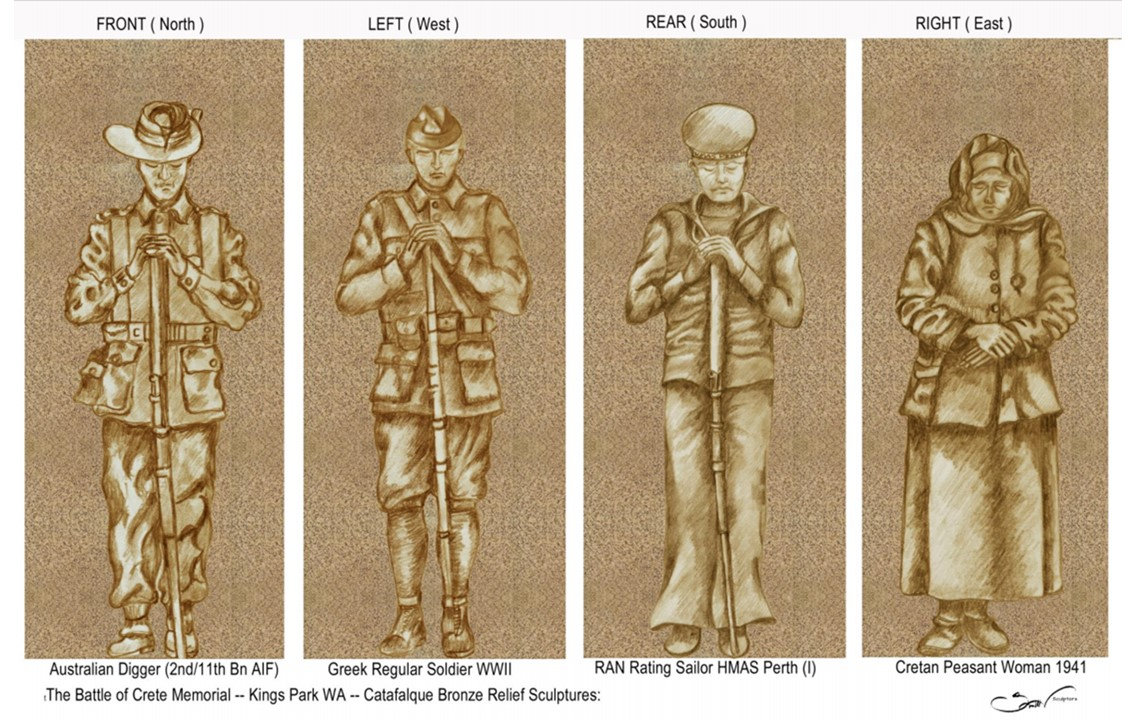 “Please note the memorial depicted above is an artist’s illustration. The final memorial may vary slightly in proportion and scale.”

The Battle of Crete Memorial Committee WA (BCMC WA) was established in 2016. The BCMC WA is seeking to erect a designated war memorial in Kings Park to recognise the sacrifices made by ANZACs and Greeks in the Battle of Crete campaign. In advocating a memorial, the BCMC WA seeks to commemorate the courage, sacrifice and commitment of those who served and endured the Battle of Crete.  In particular, Australian service personnel with direct links to Western Australia and the people of Crete, who on so many occasions risked their lives to assist them. 2021 marks the 80th anniversary of the battle and is the intended date for the completion of this project.

The BCMC WA is a major project of the Greek Australian RSL and is supported by the WA State Government, the RSL WA,  and various other Greek associations. The Botanic Gardens and Parks Authority (formerly Kings Park Board) has given in principle agreement to the placement of a war memorial befitting the significance that the Battle of Crete has to Australian and Greek military history in the memorial precinct at Saw Avenue. The committee aims to erect a site where people can pay their respects, learn and reflect on the Battle of Crete, and where wreath laying ceremonies may be held.