The following letter from Sgt Ronald Pratt to his family was forwarded to the Committee by his son, Stephen.  Ronald was a member of 2nd/11 Battalion that fought in the Battle of Crete.  The letter to his family describes the period from his escape from the island to when he is finally rescued only to find that he has contracted malaria. 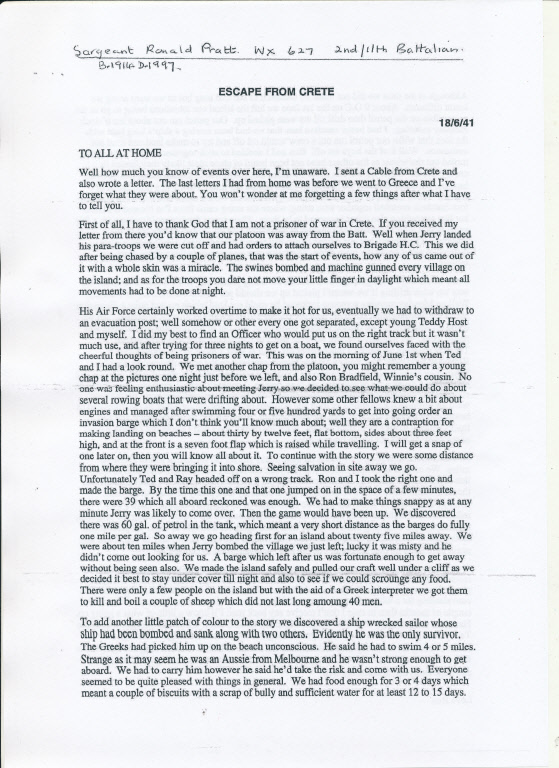 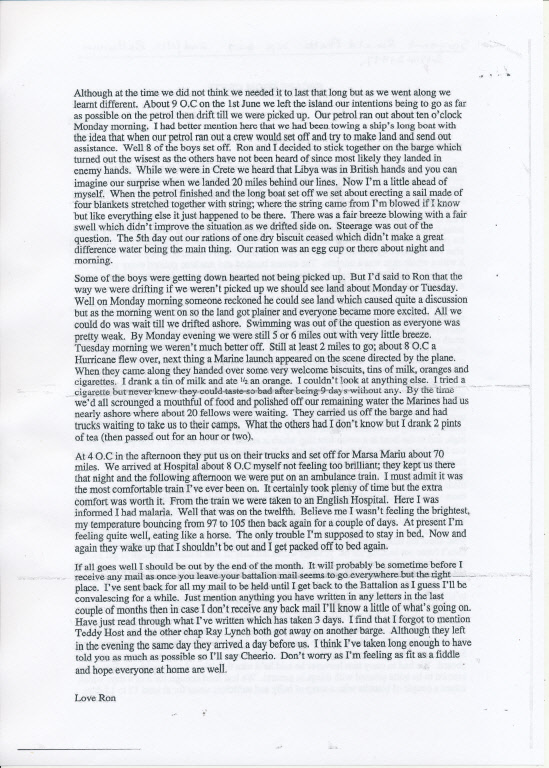 “Sgt Pratt’s letter to his family was featured in an article that appeared in the Daily News on Thursday the 17th of July 1941.

Click on the following link to view the article.