Bill Taylor was born in Pingelly WA on July 14 1916. Along with his brother Norrie they departed for the Middle East on June 6 1940 on the Larg’s Bay, a passenger/cargo steam ship operated by the Commonwealth of Australia.

Bill narrated his wartime experiences to his daughter, who assembled his story into a diary entitled My Memories of the Second World War By WX 2061 Private Bill Taylor, C Company 2nd 11th Battalion 1940 AIF 1950.  This diary was initially prepared for family reading only.

The following excerpt from the above diary describes Bill’s experiences during the Battle of Crete up until his capture and subsequent deportation to a Prisoner of War Camp in Austria known as Stalag 18A.  Many captured Australian soldiers who fought in Greece were held in this camp.

The Committee thanks Bill’s family for permission to incorporate Bill’s diary on this website.

(From 19 April onwards the allied forces fought delaying actions at Brallos and the Thermopylae Passes.  On 21 April the 2/11th battalion held off the German 6th Mountain Division for three days at Brallos Pass to ensure the withdraw of the Allied troops, suffering the heaviest losses in killed and wounded of any Australian battalion in Greece.

The allied troops who were evacuated from the Greek mainland found themselves fighting another campaign, no less fierce, on the island of Crete.) 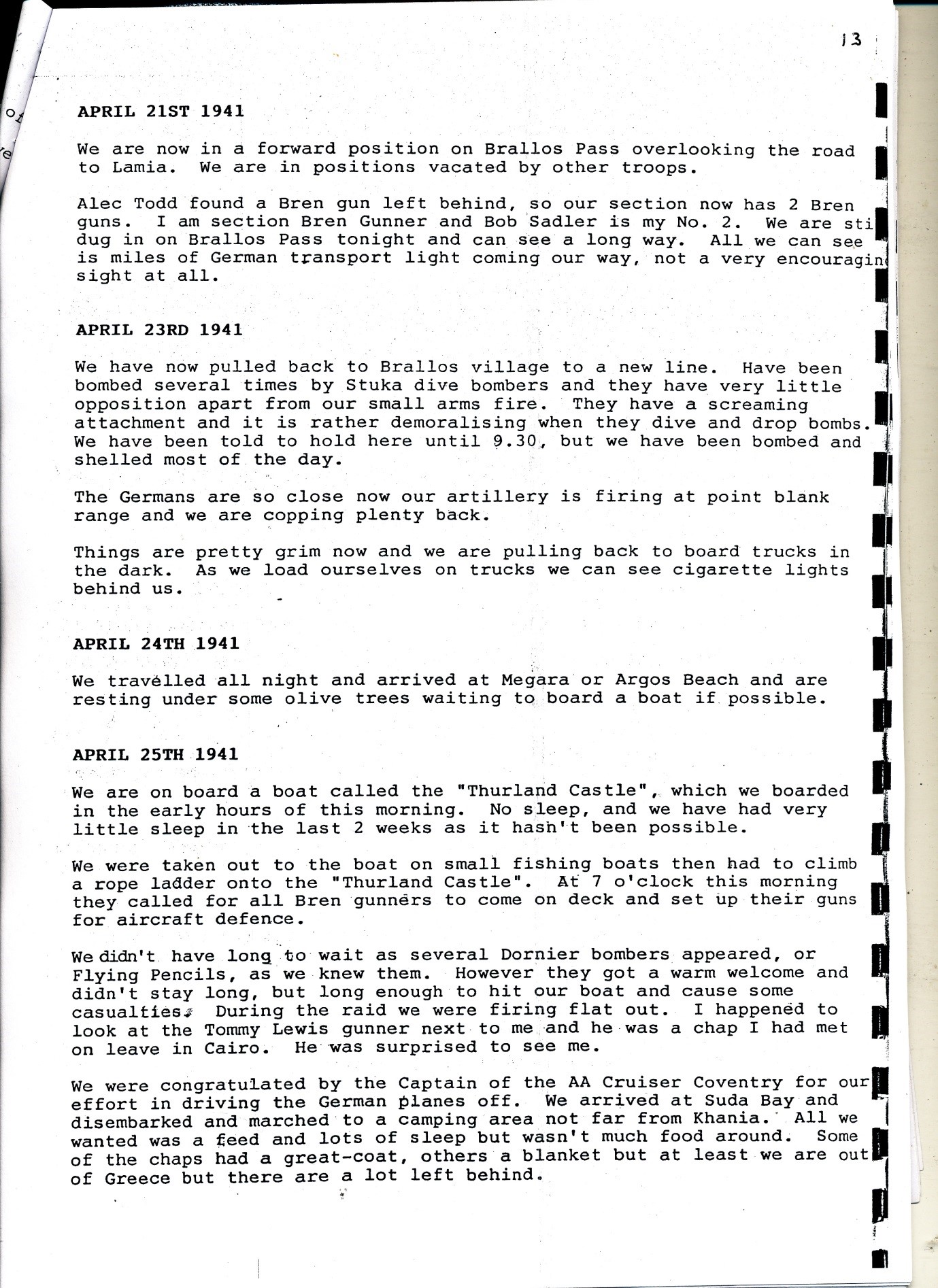 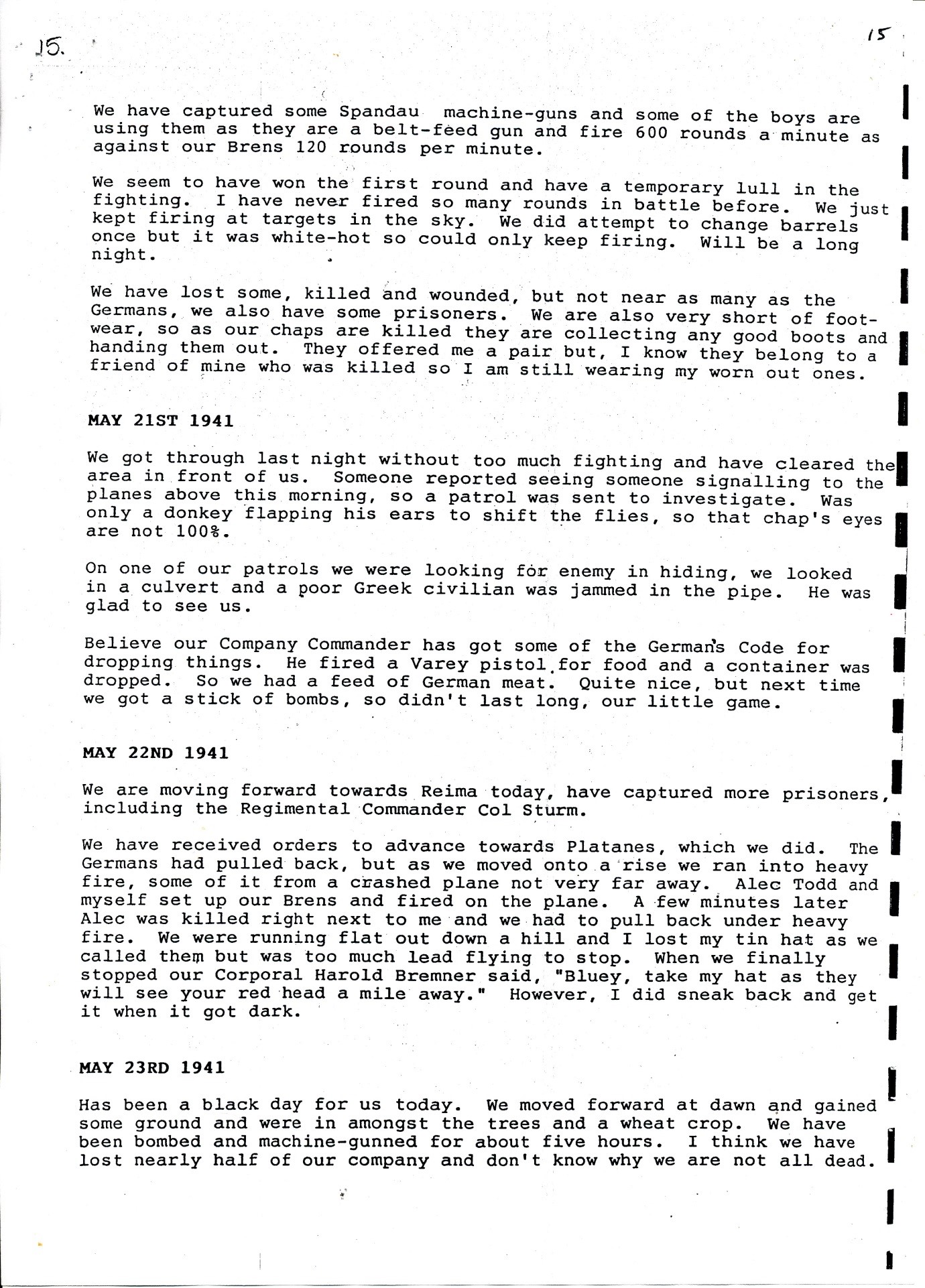 Note:  Sturm was captured as a POW on 21 May 1941 by soldiers of the Greek 4th Infantry Regiment, and delivered to the headquarters of the Australian 2/11th Battalion for imprisonment. 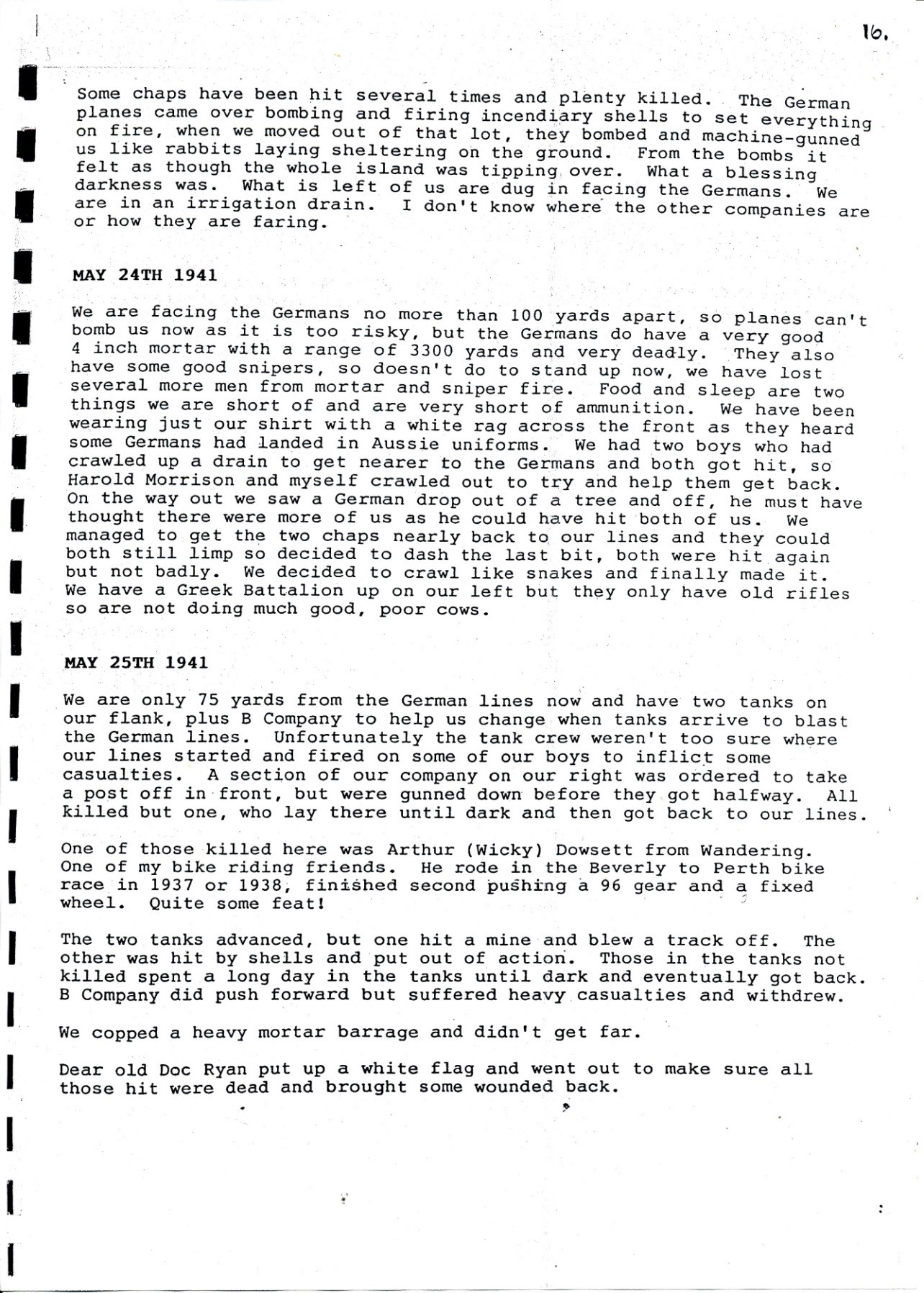 Note:  During the action the 211th ever-resourceful RMO Captain ‘Jim’ (Killer) Ryan saved many men when he defiantly moved forward under cover of a Red Cross Flag, and halted the German fire. In this lull he sorted the living from the dead, and had the wounded, including Dave Anderson, taken back out of the line of fire. Ryan was a cool man under pressure and a lucky one for many German rifles were pointed at him as he went about his work. (Reference The ‘stunned’ and the ‘stymied’ : The P.O.W. experience in the history of the 2/11th Infantry Battalion, 1939-1945,  Mary R. Watt  Edith Cowan University) 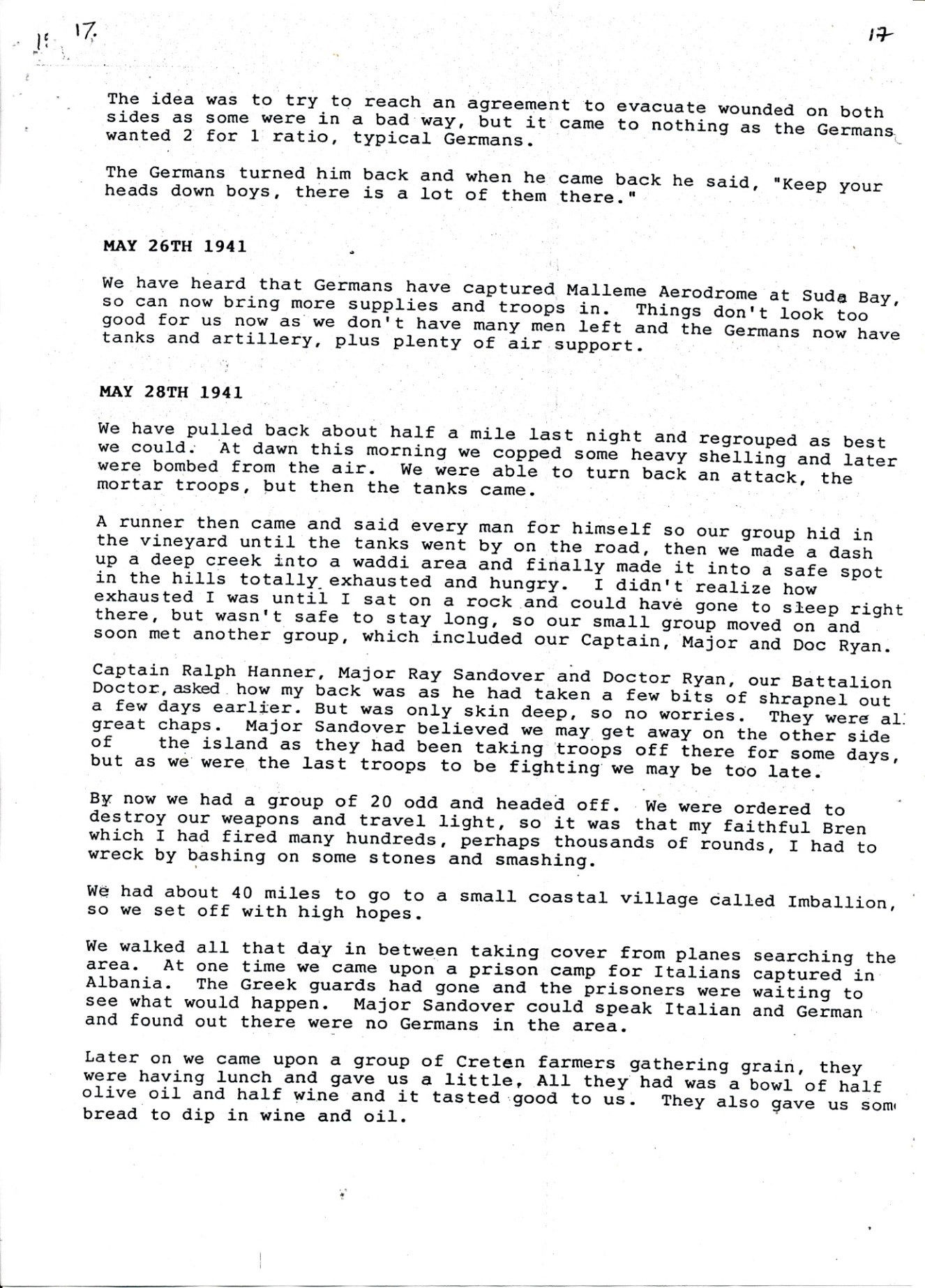 Major Ray Sandover is the Uncle to the Battle of Crete Committee’s Patron, Richard Sandover.  They are related to Alfred Sandover M.B.E who donated the Sandover Medal.  The medal has been awarded each year since 1921 to the fairest and best player in the West Australian Football League. 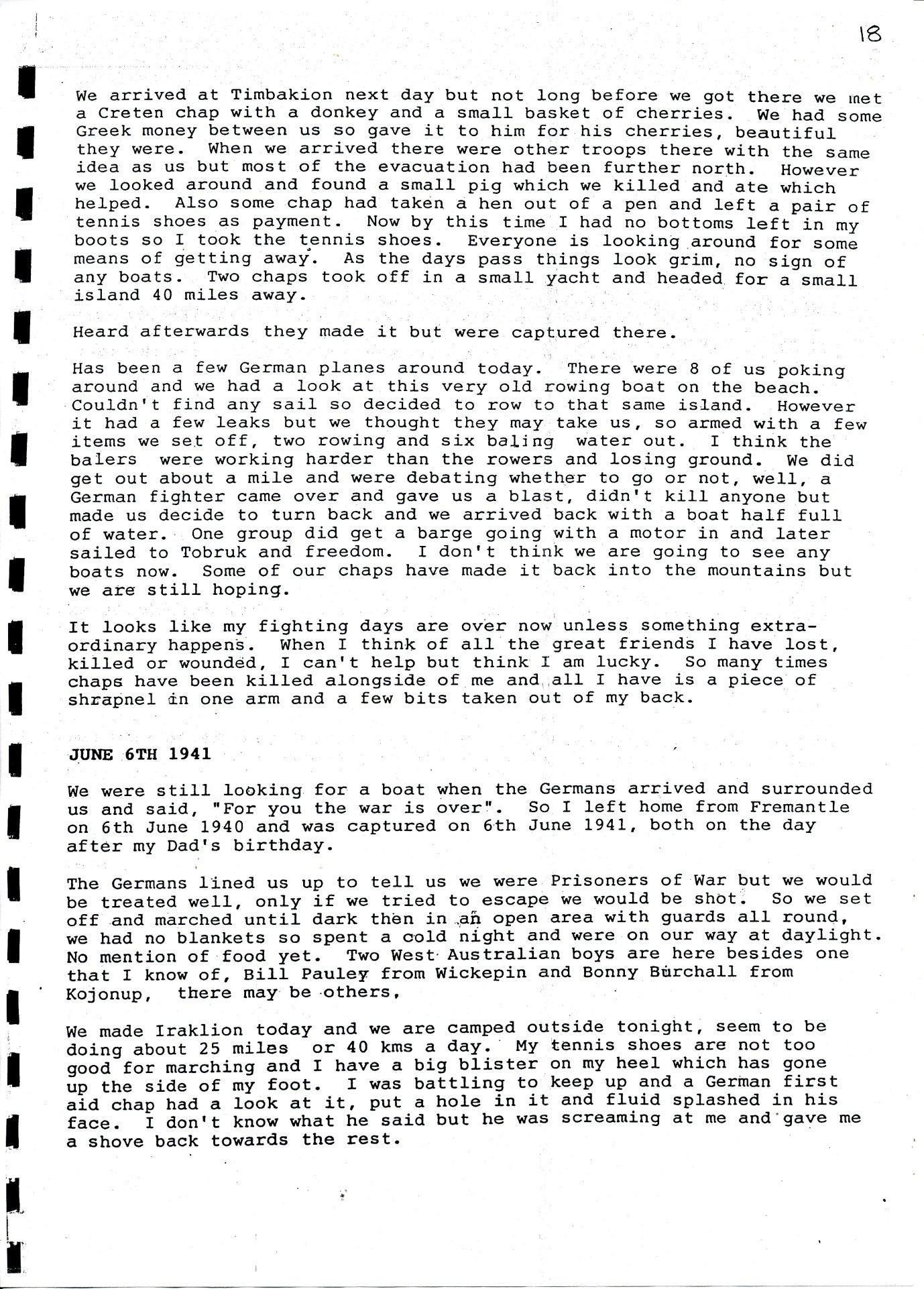 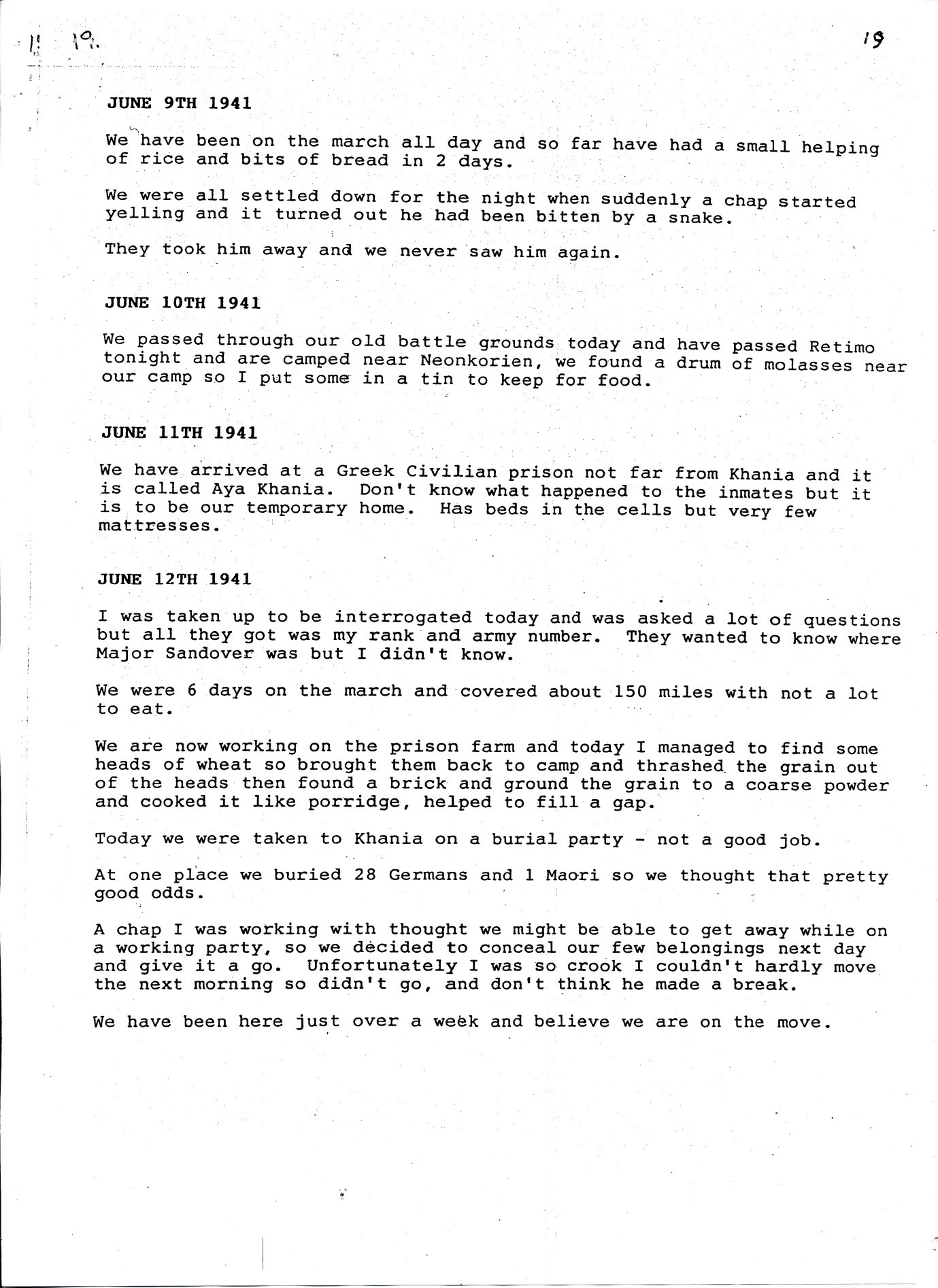 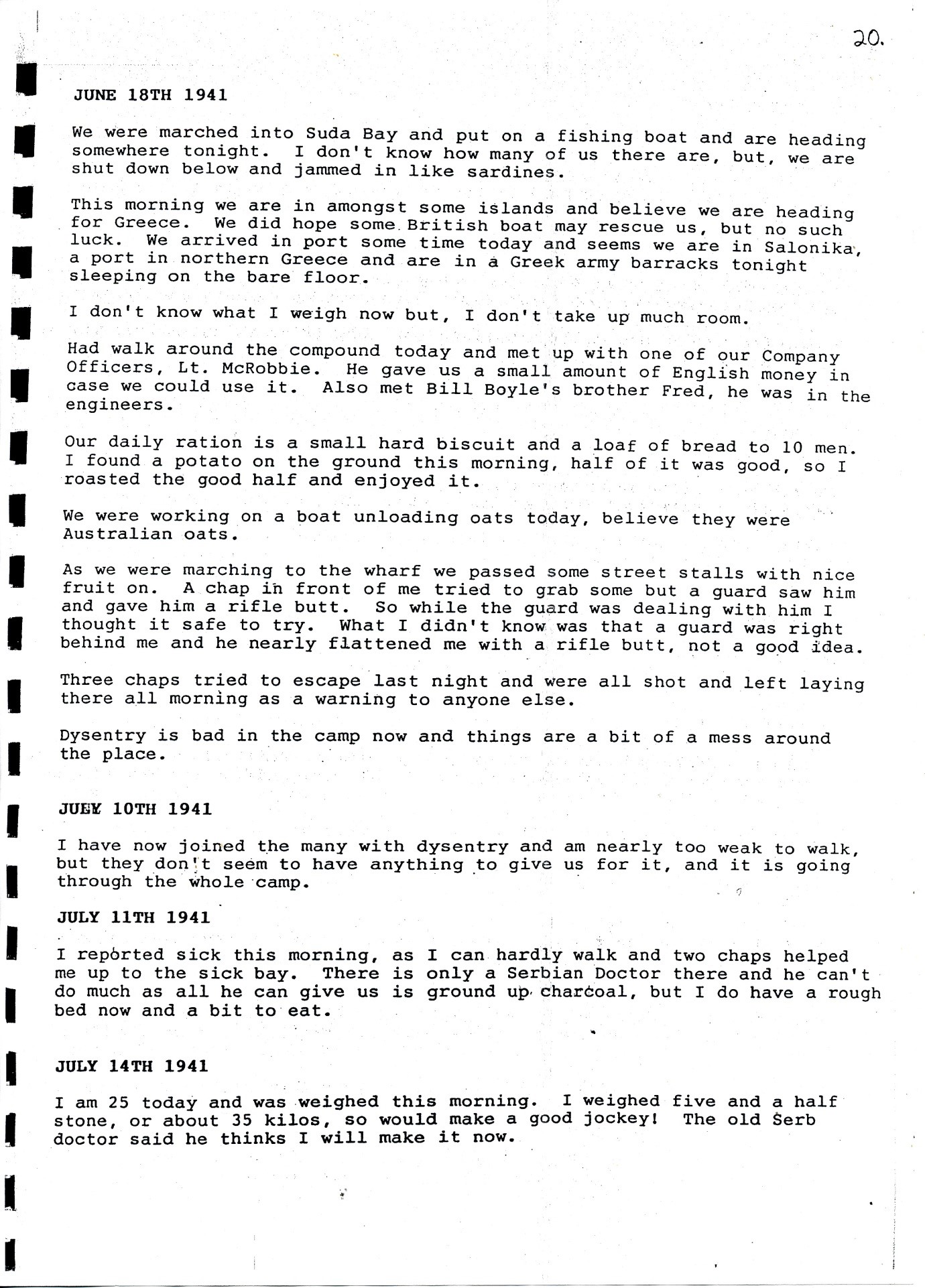 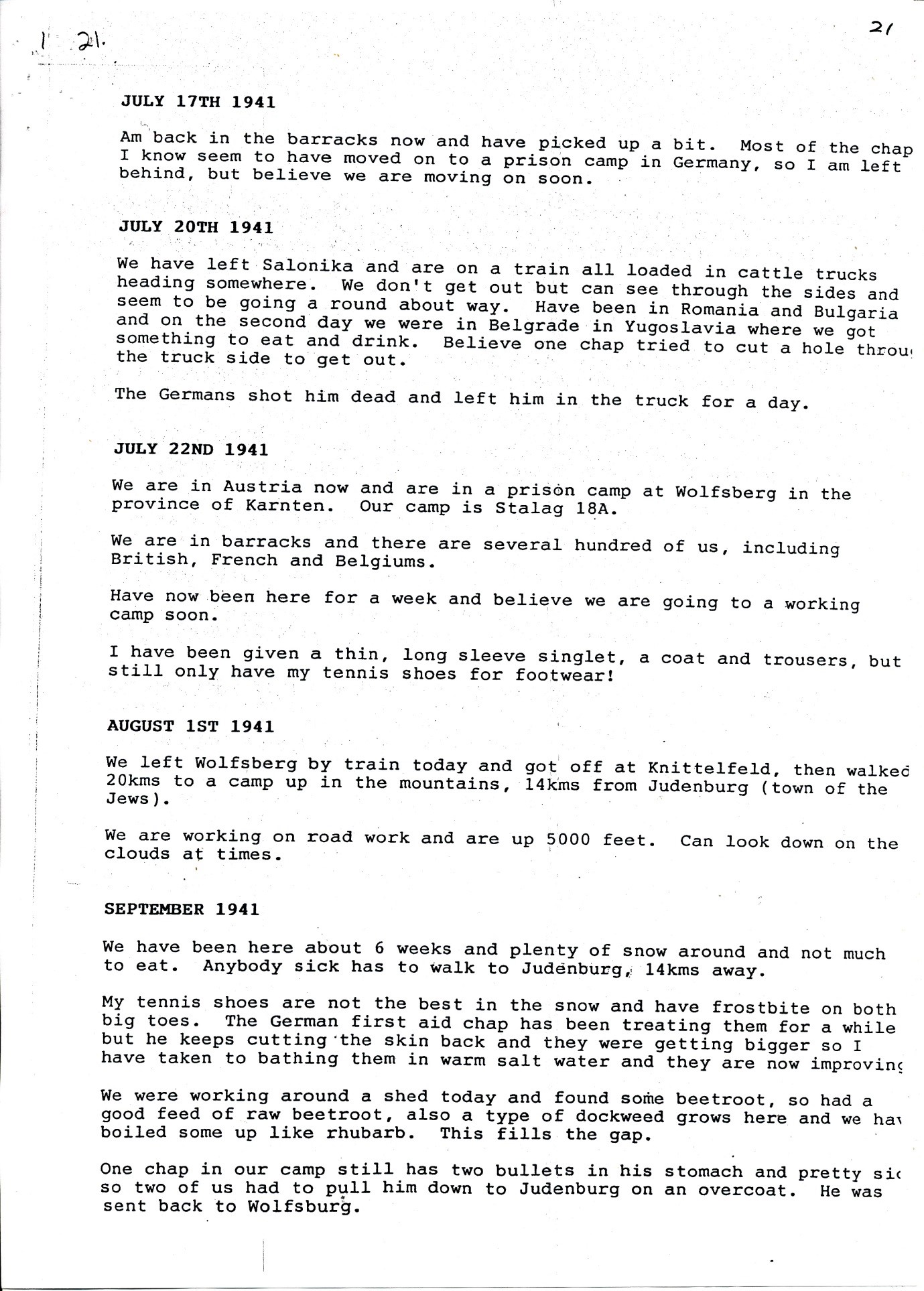 Bill finally returned to Pingelly to be reunited with his family and friends in Mid August 1945.